The first thing that comes to mind when asked, can African Cichlids live with Oscars, is aggression.

To save you a lot of guess work, no, they can not. The needs of African Cichlids and Oscars are far too different to make them compatible in an aquarium.

Aggression is a major factor at play, though it may be surprising that in this scenario the African Cichlids are actually the troublemakers. While Oscars can get enormous and be quite aggressive themselves, the quick moving nature of African Cichlids mean that they are sometimes able to swoop in, attack an Oscar, and get away before the Oscar is able to retaliate.

With multiple African Cichlids in a tank they could even take turns attacking the Oscar! That’s no good!

We are going to talk about a few reasons why these fish can not live together in this article, but even more importantly we will discuss some fish that can comfortably share a living space.

Can African Cichlids live with Oscars?

African Cichlids prefer hard water, rich in calcium and generally higher in PH. This hard water can also shift PH frequently, meaning that fish accustomed to living in this type of water are much more resilient to PH changes compared to fish that prefer the much more stable soft water.

It is because of this that Oscars, being fish that need the relative stability of soft water, will not combine well with African Cichlids even in giant aquariums that would help alleviate the issue of aggression. It would be like keeping a Polar Bear accustomed to sub zero temperatures in an environment with a tiger that is accustomed to much higher temperatures.

With this information in mind, why don’t we take a look at some freshwater fish that can live comfortably with African Cichlids? Before getting directly into the specific species that are widely recognized as suitable tank mates in the aquarium hobby, we need to talk about a few different factors.

This is a huge factor when determining what to house with African Cichlids. Just because a fish is small when you bring it home from the store, does not mean that it will remain that way for long. Take the common Plecostomus Catfish for example. When these fish are juveniles they remain a very manageable size, usually under a few inches for the first years of life.

As these fish continue to grow they will quickly become too large to live comfortably in smaller home aquariums. The same can happen with certain species of Cichlids and Catfish. You also do not want to combine very small fish such as small Tetras, Guppies or other live-bearers with Cichlid fish as they will likely be eaten.

Some fish are simply more messy than others. If you stock an aquarium with Cichlids that devour live prey and leave bits of meat strewn about the tank, it is important to know that the rotting food source will spike deadly Ammonia levels in the tank. This is especially common with larger predatory fish.

Ensure that any species that you plan to keep with your African Cichlids will be able to comfortably live at the same water temperature.

It is generally not advisable to combine semi-aggressive or predatory fish with passive fish that share the same water column. Some notable exceptions exist, and we will discuss them below, but bear this thought in mind when looking for suitable tank mates for your Cichlids.

Oscars are called “New World Cichlids” which refer to Central and South American Cichlid fish. Many of these species are compatible with one another, but remember that it is often a case by case basis depending on particular fish rather than the species as a whole. We will be considering the same factors as above that include size, bio load, temperature and temperament.

What Can Oscars Live With

You must also consider the size of tank needed to keep more than one Oscar, as they can become very territorial in older age and will need independent areas to claim as their own. The recommended tank size for one adult Oscar is 75 gallons. Following this logic, it is recommended to aim for 125+ gallons if you plan to keep 2 Oscars together in one tank.

Below is a great video on unboxing my first ever American Cichlids, including Oscars! Enjoy 😊

With all of the information we discussed above, you should be able to clearly plan a tank around African Cichlids, or an Oscar fish, and find some awesome tankmates for either one. Keeping these fish is sometimes very challenging, but all the same a very rewarding experience in the aquarium hobby. 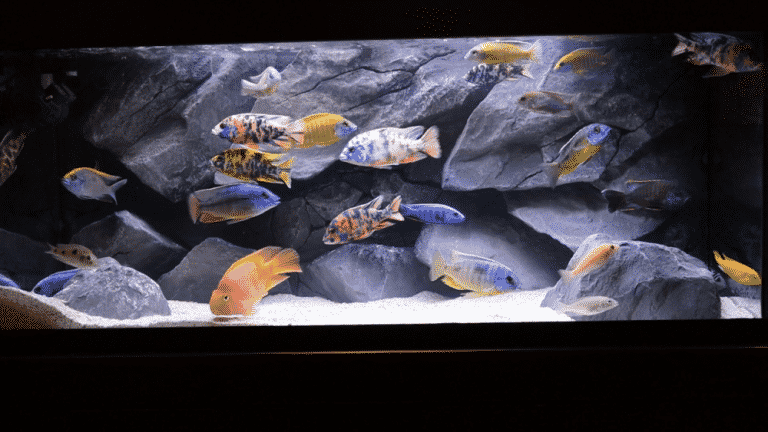 Need a simple African cichlid care guide? Don’t be intimidated by these aggressive beauties. The journey will be worth it! Having the right kind of African Cichlid algae eaters could… 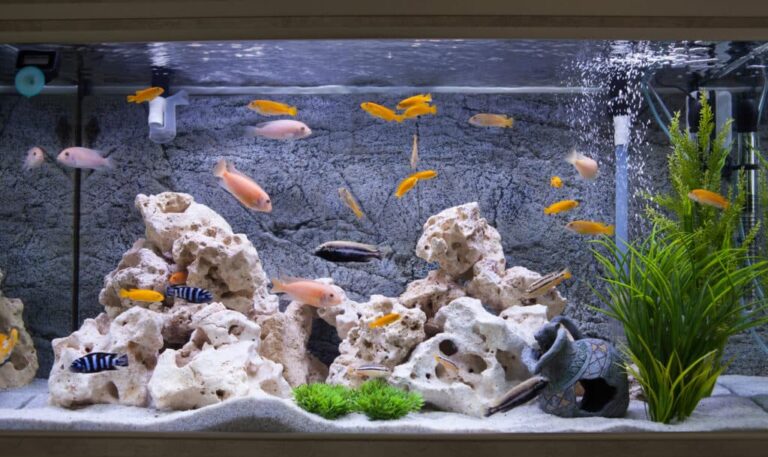 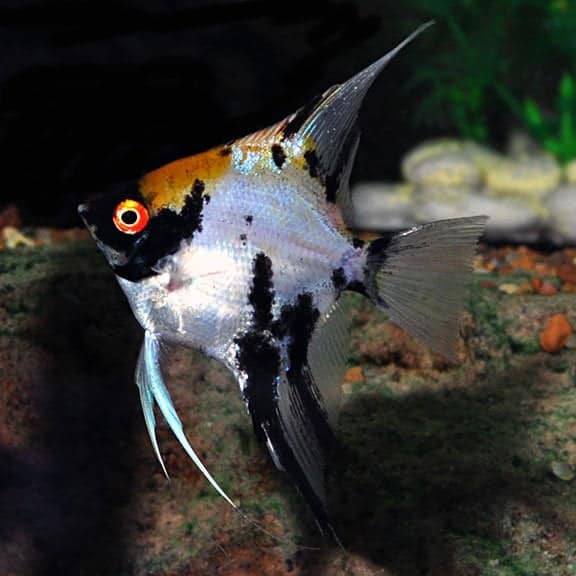 Keeping African Cichlids in the same aquarium as Angel Fish is generally not a good idea. There a few factors that lead us to this assess…