The Penn-Plax Silent Air B11 (SAB11) Battery Backup Aquarium Air Pump operates during power outages. It automatically turns on when the power goes out, keeping fish safe and alive! If power goes out the first thing that can kill your fish will be a lack of oxygen.

Included with each SAB11 –

Just add 2 ‘D’ batteries and you’re ready to go. Ideal for aquariums up to 29 gallons in size. For larger aquariums, just add a second SAB11 to your setup.

This air pump works both as a portable air pump that operates on 2 ‘D’ batteries, and as a backup air pump in the event there is a power outage.

This air pump plugs into an outlet and monitors the power. While the power remains on the air pump will NOT operate, it serves only as a back up while plugged into an outlet.

If a power outage occurs, the air pump will recognize the missing power output from the outlet and power itself from the 2 ‘D’ batteries installed. The SAB11 can provide your fish with an uninterrupted supply of oxygen for 72 hours. This safety measure is necessary for the survival of your fish during a power outage.

The only negative I’ve experienced with this back up air pump is that it definitely IS NOT silent. During operation while using battery power it is very loud and noticeable. Granted you will only hear it if there’s a power outage. So while this is a negative only because the manufacture named it the “Silent Air” it can actually be seen as a positive way of notifying you that the power from the outlet its plugged into has lost power. In case there aren’t any other indications of loss of power, the noise from this air pump kicking on and operating will surely let you know!

The Penn-Plax SAB11 is a great tool to have for the aquarium hobby. Fish need constant aeration to stay alive and healthy. In the event of a power outage, lack of oxygen will be the first thing to kill your fish. I have a great video on aeration and the importance of oxygenating your tank properly by way of surface agitation, Watch It Here. This battery back-up functions just as advertised and can one day be the life saver you need! Most beginners in the hobby start out with a Hang… One of the best ways to improve your waters clarity… The awesome Fluval FX6 canister filter is excellent for fish… 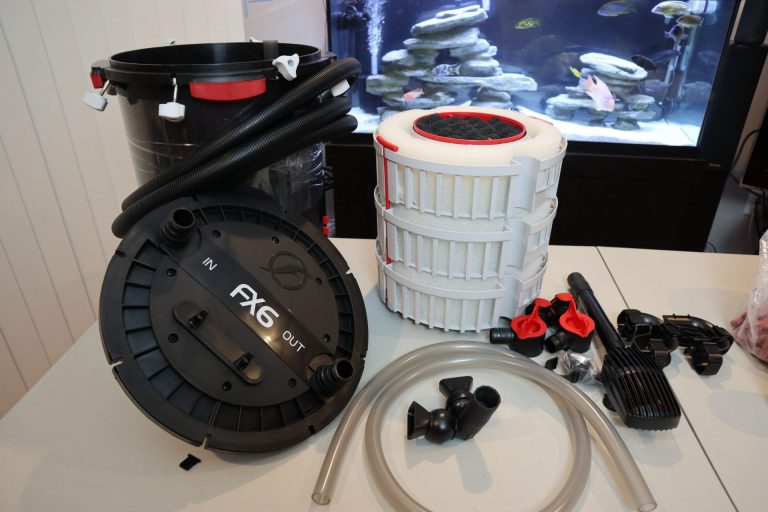 The Fluval FX6 is a powerhouse of aquarium filtration. The… The Sponge Filter is a great tool in the aquarium…