Venting African Cichlids is the only way to accurately determine your fishes sex. How do you know if your fish is male or female? Because the guy at the pet store told you? Or the breeder you ordered from made sure he sent you what you asked for….

Well they all can make a mistake by putting the wrong fish in the wrong tank with the wrong label and then sell’m to you as whatever that label says and you can end up with females in your tank and not even know it.

There are a few characteristics between males and females that can help you make an educated guess. We’ll discuss some of those, but I’ll show you the method for 100% accuracy, Venting!

Females In Your Tank

So in case you didn’t know this about African cichlids. You don’t want to mix male and females.

You should never have any females in your tank, unless you are specifically breeding them, which in that case you should have about 5 females to every 1 male. But that’s a whole different article.

Normally, in your show tank, having even 1 female in your tank of 10-15-20 males, is going to cause havoc in your tank. You will see aggression levels spike, fish will be fighting to be the most dominant to get that females attention.

They’ll be fighting to claim and keep their territory for mating purposes….long story short, you can end up with dead fish due to aggression by having just one female in your tank.

But you can prevent this by knowing some differences between males and females. With Peackocks and Haps most males show a lot of colors, they do this to look more dominant and attract females.

This is why your tank boss is usually the most brightest and colorful. Female Peacocks and Haps are washed out and don’t show color. They are mostly a grayish color. Mbuna females on the other hand can show just as much color as male Mbuna.

So you have to keep that in mind. Here’s a great article on Why do African Cichlids change colors?

So you see these identifiers can be misleading, even to a breeder or your local fish store guy. So use these as kind of an educated guess if you’re at the fish store and are about to buy something.

By using these identifiers you can weed out the females that may disguise themselves as males and aviod wondering why your fish are being so aggressive towards each other.

But once you own them and can actually handle them there is a 100% method of knowing weather you have males or females and that is venting them!

Venting a fish is when you actually flip them over and look at their genitals, males will have 2 identical sized holes. One hole is their male organ, and the other hole is their anus, where they poop from.

Females will have 2 different sized holes. The bigger hole is where they lay their eggs from and the smaller hole is their anus. One thing to keep in mind is that you can’t really vent young fish.

They need time to grow and develop these organs to be able to properly tell by venting. Normally you want the fish to be about 3-4” and at least a year old.

Here’s a great video showing the exact process of how to properly vent fish for determining their sex.

The Fluval FX6 has proven itself to be the power… We’ll show you more than just how to do a sponge filter setup – we’ll include a simple modification that will make the sponge filter quieter and help produce more oxygen. “Don’t ever do a water change and a filter cleaning at the same time or you’ll kill off the beneficial bacteria!” We’re laying out this “rule” once and for all!

Its that time of the year, the summer months are… 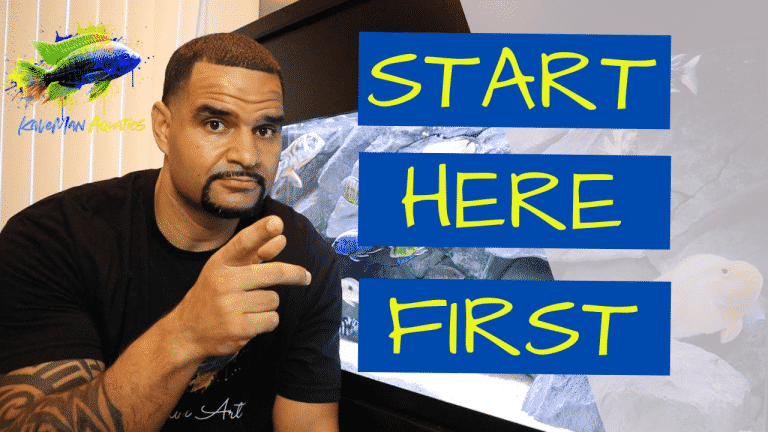 I remember a time when I was in the exact…