Excessive nitrate in aquariums is frequently misinterpreted by aquarium enthusiasts and can lead to nitrate poisoning — which can kill aquarium fish. Nitrate is chemically identical to nitrite in that both are composed of oxygen and nitrogen molecules, however, nitrate is a less reactive substance.

What Is Nitrate Poisoning?

Nitrate poisoning occurs when fish are subjected to steadily growing nitrate levels over an extended period of time when normal tank maintenance is not carried out.

Overfeeding and overstocking of fish are also key contributors to nitrate levels slowly growing. But be aware of other sneaky causes of increased nitrate levels — like old tank syndrome.

When steps are not taken to reduce nitrate levels — like utilizing a regular maintenance schedule — the cumulative effect can be fish death. Some fish will be affected by levels as low as 20 mg/L while others will show no apparent symptoms until levels have reached several hundred mg/L.

Juvenile fish are affected at the lower levels, as are saltwater fish. For most aquariums, it is recommended to keep the nitrate level below 20-40 mg/L by performing regular water changes.

What Is Nitrate Shock?

Nitrate shock occurs when fish are suddenly exposed to a drastically different quantity of nitrate, which can range from several hundred mg/L to several thousand mg/L. When fish are transplanted from one aquarium with normal nitrate levels to another with high levels, this happens. Although nitrate shock generally refers to a fast spike in nitrate levels, fish can also be stunned if nitrate levels drop dramatically.

New and sudden behaviors in your fish may indicate that they may be dealing with a nitrate problem in your tank over the past 24-48 hours:

When nitrate levels gradually increase over time, it’s not uncommon for only one or two fish to develop symptoms at first. Until water tests are completed to check the water’s chemistry, there may be no obvious explanation for why certain fish become unwell. More fish will begin to display symptoms if nitrate levels are not decreased. Fish death will eventually happen — usually over a few days to a few weeks.

When fish are unexpectedly exposed to extremely high nitrate levels, they generally die within 24 hours. Owners are frequently unaware of the condition until the fish are dead or near death. In these cases, emergency remedies can be taken for affected fish, but the cause of the problem must be identified and removed to avoid more tragedy before adding new fish to the tank.

To combat this common issue, a continuous sensor that provides constant nitrate readings will help save your fish. The Seachem Ammonia Alert uses sensor technology that continuously detects and monitors free ammonia. Here’s the product in action:

Otherwise, save your fish and reduce nitrate levels now:

How to Bring Down Nitrate Levels

The key to safely changing out contaminated water during a poisoning outbreak is to avoid another sudden shift that would put too much chemical gradient stress on already stressed fish. Nitrate levels in a freshwater aquarium should ideally be kept below 20 mg/L. Any modifications, however, should be gradual, with no more than 50 mg/L of nitrate removed every day.

If ammonia and nitrite levels are low and only nitrate is high, conduct many subtle water changes. The greatest rate of concentration change that freshwater fish can endure is a 5% water change every hour or two when utilizing nitrate-free water. Rep this process until you have refilled around half of the total gallonage of water in your aquarium. This procedure will considerably lower nitrate levels, but slowly enough to prevent the impacts of abrupt changes on the fish.

Once the nitrate levels have returned to normal, it’s critical to carefully manage the aquarium water to avoid another nitrate crisis. To keep dangerous nitrate levels from rising:

1-on-1 Coaching from KaveMan Aquatics

KaveMan Aquatics also offers an online video course, Keeping African Cichlids. If you feel that that’s not enough, we also offer 1-on-1 consulting services for that personal touch.

If you’re considering whether or not to add aquarium substrate to your tank, here are four critical reasons that will provide some insight. Learn more now! Tank too small for your and your fish’s liking? It might be time to upgrade an aquarium! Know what to do before, during, and after an upgrade.

Aquarium filters are known as the “heart” of the tank – a crucial part of a fully functional and balanced tank.

Surface agitation and aeration are often overlooked, especially by beginners. It may not be the most exciting part of owning an aquarium but it sure is important! 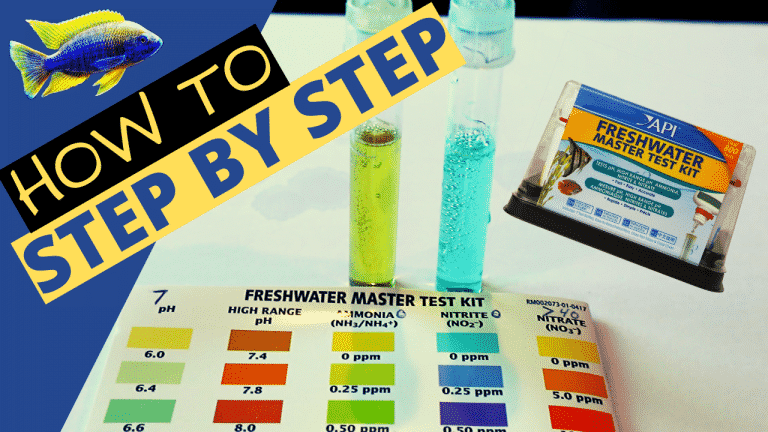 Fish Tank Ammonia is the number 1 killer of fish,…